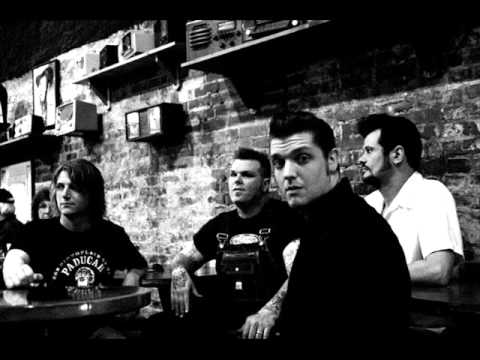 My SW5e experience, the definitive edition.

I wrote about this campaign before, and lord help me I got back on my bullshit because we actually had an amenable discussion about our problems and resumed the campaign together. I wrote about the experience here, but it's finally, definitely, over, and I wanted to regale with the whole story.
This isn't really a "Horror story" but it was kind of a... what's a slightly tamer version of a horror story? I dunno you tell me, here we go.
Alright so let me tell you about a campaign I played that wasn’t like, explicitly bad, but it really just kind of made me upset a lot and I finally decided to just abandon after the “Last Straw” triggered recently. The DM worked really hard and I don’t blame them for things turning out like they did, but I’m just done. That’s the reason that I’m going to keep some details on the “Vague” side.


Be me, join a Star Wars 5e campaign that some Discord server I’m in was running because an APB for players got put out
Some stuff happens, eventually the campaign actually happens
Be my character, some Mandalorian engineer girl with loose morals, all the PCs start in a casino and are happen to be looking for work
DM insists that this is “Open ended” and we can “Do whatever we want” but this proves to be a little unrealistic and the fact that we just kind of wind of awkwardly stalling and looking for a hook into something to do until a storyline is conjured
An oddly public callout winds up in our hands, I forget how, it was no adequately explored reason anyways and it doesn’t matter
We all wind up promising to do a job for some Hutt stealing an extremely valuable MacGuffin from a local bank, (also he had a hedgehog motif, I think the MacGuffin was a spine made of an exotic material.)
Alright then, we got a (Sentient humanoid)dinosaur, bird, me, and some guy who looks like a stock photo model
We blow our way into the bank and everyone almost dies (Not quite though) in the ensuing robbery, we escape and fuck off to heal
Part of our agreement with Sonic the Hutt back there was that we get the fuck off the planet after completing our mission for him. For... some reason, suits us just fine
A warning sign kind of comes up when none of us possess a great idea about what we want to do, or where we want to go
After finally deciding on a planet, we actually have one peaceful chill RP session where we go get lunch at a diner, probably the best part of the campaign ngl
Some other shit happens that doesn’t matter, we did one generic mission for nobody named in particular that results in an imperial warehouse getting destroyed
Another mission we do results in us hijacking a tank, and then being forced to abandon that tank and get the fuck out of doge
At some point, back in our in-game apartment (SW5e is set up in such a way where basic accommodations are insanely cheap) the DM starts pressuring us to


Readers, I'm going to take a break from the greentext format to say that just asking players the same question to make them second guess themselves is a really shitty idea if that’s the closest thing to a hint you give them, DM asked me quite a few times about it but wouldn’t fucking give me shit to go on when I did things like try to scan the planet for a good place to set us down.


Anyways, in the retcon edition the AA turret just doesn’t fucking exist but I defiantly land an hour’s hike from the camp anyway. (We were supposed to be debt collecting from the people at the camp)
There are some alien assholes in stealth gear who we beat up on our way in, they don't speak galactic common, I cuff one, peace fails before it can even be tried with the pirates, I blow some bad guys up with a rocket launcher
The camp basically consists of a corrugated metal shack and some boxes; the shack was some kind of fucked up rape den full of dead people because the DM seems to love fucking going there with the whole "actually kind of fucked up" stuff
We almost have a minor positive note as one of them was still alive but one of the aforementioned stealth bastards proceeds to bastard things up and kills our unarmed defenseless rape victim we’re rescuing instead of attacking the 3+ armed combatants for no adequately explored reason
Stealth bastard dies for his trouble and we get the fuck out of dodge, the mission was basically a wash
We have two “actually-pretty-pleasant in a game-sense way” encounters back on what basically amounts to our ranch
One involves the Jawa antagonizing local wildlife and everyone but me and another PC going off to fight them (They nearly get killed, we rescue them because we're cool and heroic or whatever. It was actually p. fun)
The other involves an actually successful attempt to have us spooked where some actually-genuinely creepy ghost fucker shows up, we kill him
The final thing we actually did in game was blow up our hilbilly neighbor after rescuing his wife and then turning on him because he turned out to be kind of a piece of shit to women
More importantly, he was possessed by space ghosts or something, flew up into the sky, and I shot a rocket at him, this had the desired effect of reducing him to meat fireworks.
The ghost tried to do something spooky after I blew up its host, but it instead got frustrated and went away because I’m a robot and it can’t do force bullshit to me.
At this point I’m actually kind of having a good time and looking forward to where this goes next!
We go back home and the campaign comes to a halt because the DM starts to get seriously sick
We agree, there are about 2-3 weeks where nothing happens because we’re all concerned for the DM, occasionally checking up on them asking if they’re feeling OK
Turns out that the loss of momentum was a death knell for the campaign as the DM gets better and elects that “The whole Star Wars thing has gotten pretty out of hand”, they’re “Questioning if it was the right way to go” and “clearly not everyone is familiar with it” so “They found something much simpler that everyone should be familiar with”
Whips out a link to Fallout 5e wiki page
Can you hear that? It’s the sound of my investment in our previous campaign getting flushed down the shitter
“I mean if you want to go full sunken cost and keep going we can”
We vote and it’s 3 for “Whatever” 2 for Fallout, I didn’t even bother voting,=. “wOw nobody voted for starwars” DM says, I roll my eyes and turn notifications for the server off. I am fucking done.
At the end of the day the fact that I’m apathetic at best about Fallout is the final kick in the ass I need to abandon playing with this group
It is as if the circuit breaker that represents my interest in this campaign has been flipped into the OFF position.


TL;DR, While it was fun in spots, not fucking worth it overall.